As we get set to shelve 2012 blame the lazy Mayan elves and their gullible jolly boss for your new Chia Pet or Clapper. But blame the pending coal in your shrinking bank balance on Boehner and the tone deaf GOP Congressional brigade.

If the Fiscal Follies extend into 2013, the shrill show will get real old, real fast. It's time for the people stand up. Obama won re-election, guys. Get your job done already. Or maybe let's talk about freezing Congressional salaries and overhauling your bennies before you even think about touching so-called "lock box" entitlements.

If that doesn't bring it home for the House nothing--short of being tossed out of office--will.

aba
Posted by Amy Beth Arkawy at 2:42 PM No comments:

Alfred Hitchcock never won an Oscar. I thought, after all the Awards' Season popcorn dust settled the master of suspense would achieve a little posthumous payback in the guise of Anthony Hopkins' recognition. But the two time Oscar winner, who plays Hitch with honey-glazed ham homage in the uneven, but ultimately delicious "Hitchcock," has so far been shut out of the biggies ( Globes, SAGs).

Helen Mirren, who glams up Hitchcock's long suffering wife and creative collaborator Alma Reville, has so far, fetched all the glory with a slew of noms. And, in many ways, the film is a tribute to Alma's contributions to the classic film making operation. The film, which focuses on the Hitchcocks' relationship during the making of "Psycho" meanders a bit, particularly when it shows Hitch in imaginary counseling sessions with Ed Gein( Norman Bates' real-life inspiration) as therapist. Still it's a compelling, witty, often generous portrait of both Hitchcock and his wife. And, dare I say, far more entertaining than the much ballyhooed, Oscar-bound "Lincoln."


But Hitch may still get his due this season. Toby Jones, the diminutive British actor, rode the balcony a few years ago when his turn as Truman Capote took a back seat to Phillip Seymour Hoffman's portrait largely because "Capote" came out a year before the lighter "Infamous" ( now a cult fave; if you haven't seen it, it's a must add for your DVD list) hit the big screen. This year, Jones, who stars as Hitch in the smaller and far creepier "The Girl," HBO's brilliant but very dark exploration into Hitchcock's psyche as seen through his obsession with Tippi Hedren during the making of "The Birds," has scored noms from both the Globes and Screen Actors' Guild.


And if that's not enough Hitchcock, A&E is set to run a series called "Bates Motel" billed as a prequel to "Psycho." The master of suspense would surely find all this renewed fascination very fascinating.

aba
Posted by Amy Beth Arkawy at 2:45 PM No comments:

Music has always had the power to heal, to soothe, to bring people together. So, after last week's devastating news, I am happy to celebrate some truly good news about an inspired and inspiring artist.

Carole King will be the 2013 recipient the Gershwin Prize for Popular Song. She will be the first woman to enjoy the much deserved and lauded recognition, and only the third composer, following behind the pioneering Pauls, Simon and McCartney respectively.

When I was nine, ten years old, I couldn't resist the lure of my older sister's record collection. The Beatles, James Taylor, Carly Simon, Jim Croce, Crosby, Stills, Nash & Young, Patti Smith, all held my passport to the mysterious and forbidden teenage world. I'd find out about Elton John, Blondie, The Ramones, Talking Heads, The Smiths, and Elvis Costello a bit later on during my precocious adventures in Marconi's box.

But Carole King's "Tapestry" album was one of my sister's perennials. The earth moved us through that seminal album over and over. Long before I truly understood the heartbreaking pathos behind 'Will You Still Love Me Tomorrow? and "It's Too Late." the yearning in "Way Over Yonder" or "So Far Away."

The irony of "Smackwater Jack's" jaunty tune eluded my innocent imagination, and for obvious reasons, now grips my psyche at this writing.

It would be a while before I learned about King's first fame as a (very) young Brill Building scribe, penning hits for a slew of groups from The Shirelles to The Monkees.

Carole King's music has become indelibly etched into the pop cultural landscape. The celebration of her musical canon will give us another chance to revel in its powers.

Posted by Amy Beth Arkawy at 2:39 PM No comments:

A Call For Action & Compassion 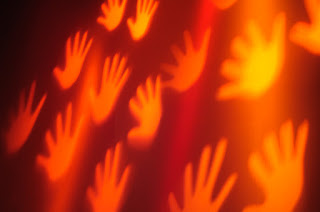 The tragic Sandy Hook Elementary massacre has broken America's national heart. The loss of 28 people, 20 of them innocent six and seven year old children, is an unimaginable loss. Add the festive patina of the December Holiday season and we have a perfect storm of paralyzing emotions.

As the days, weeks, months pass, we'll also have an opportunity for reflection and action. Mostly action. President Obama eloquently called for "meaningful action," and now is his time to finally make good on that promise. We must ban all assault weapons. And do it as swiftly as possible. Obama has no re-election to worry about, no more need to cower to the power of the NRA. The public must put pressure on the President and Congress. Petitions are floating through the social media matrix. Sign one. Or six. Call your reps. Join the Brady Organization or other like-minded gun control groups.

Beyond that, we must examine the value of mental health services. Long the neglected step-child of the medical community, and often eschewed by insurance plans, psychiatric treatment must be included in insurance coverage. Mental health professionals educators, parents, neighbors, we must all reach out to those at risk. Let's be clear: not all "bright but troubled loners" are human tinderboxes. But we must listen and look for signs of isolation and alienation. Reach out before it's too late.

Love, prayers and compassion for all affected by gun violence. Compassion, too, for all who feel isolated, alienated and abandoned. There is a help out here. There is a positive place for you in this world. Please reach out for that helping hand. It will embrace you.